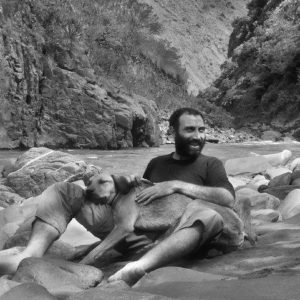 Born on the historical island of Malta in the middle of the Mediterranean. At the age of eight he started studying Music and was playing the Baritone and Violin. Although he studied classical music he appreciates all sorts of music and you can find him mostly on a psychedelic trance dance floor in the flow. In 1998 was awarded First Prize by the Society of Arts, Manufacture and Commerce in the Young Musicians Competition. Later he decided to change career and attended the Institute of Tourism Studies in Malta where in 2005 got his Advanced Diploma in Culinary Arts, Food and Pastry. In 2006 Elton went to France to represent Malta in the International School of Gastronomy. There, he fell in love with fine dining and dedicated the next 5 years working day and night, to achieve the prestigious award, Michelin Star. In 2012 he backpacked in South America and initiated a year of profound transformation. He was introduced to sacred plant medicine and deeper purpose for the first time in Peru.

He got Inspired to learn more about these ancient wisdoms and cultures and for three years he was studying and seeking a place where he felt deep resonance to immerse fully into these timeless healing arts. Initially he studied mostly with the Shipibo-Conibo in the Ucayali. From there he continued to follow his heart which lead him to the Paititi where he found the resonance he was searching for.

In 2015 left his profession as a chef to be deeply immersed in his evolutionary process whilst learning the healing arts under the healer – curandero Roman Hanis.

Elton’s aspiration is to firstly recognize his true nature, abide in it, become a Curandero himself and share this with the world in the best possible way. His deepest wish is to bringing benefit to all sentient beings and eradicate all illusions so that we can collectively transcend the mind and live together in a shared heart presence, whilst preserving the Amazonian and Andean Indigenous wisdom, and deeply respecting his ancestors.